If you can’t afford to buy it, rent it

I think that we’re leaning a bit more towards renting a new flat rather than buying now. After a few weeks of looking, we’ve found that we aren’t even seeing any places advertised that we want to go and view, let alone would consider buying. There just aren’t enough things coming on the market at the moment, as all the sellers are waiting for prices to pick up again. So all the things that do come on the market are there because the seller has to sell for some reason, and there’s not a lot to choose from.

So anyway, I had kind of gone off the idea of moving at all, as it’s summer now and our location in town is quite useful in the summer, and I’ve done some work on making our flat a bit nicer. But Chris is still fairly keen on moving, and having had a look at some adverts there are some really lovely places around that we could afford. We could never afford to buy them of course, but we could rent them and still stay happily within our means.

We’re off to see one tonight that I think only came on the market on Monday. It looks really nice in the pictures: it’s a Regency flat right on the seafront with a gorgeous big lounge and views of the sea. Look how nice this is: 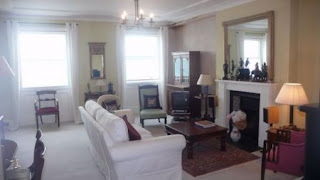 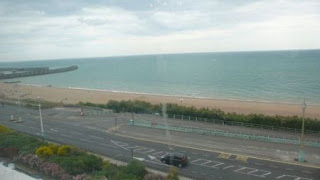 Of course we wouldn’t have that furniture in it, we’d have our own stuff and make the inside look a bit more modern, but the rooms are nice and big and the view is great. I suppose it’s at the top end of our rental budget, but we can afford it alright, and we should still have a bit of money left over to put into savings each month.

Saying all that though, I can still feel my nerves setting in a little bit. I can’t remember when I turned into an anxious person, I’m normally too rational for it, but the fact is I am anxious about a fair few things now. And with things like flats it’s the commitment that makes me nervous.

All those things go round and round in my head until I think “gaahhh let’s just not move! At least we know what we’re getting with the flat we’re in now!”

BUT, in lots of ways we do quite want to move. It’s too noisy on the road we live on, the student neighbours next door can be a pain, and we’d like to have a proper guestroom instead of a sofabed in the living room.

And if you look at my nervous questions above, you can pick them apart and they don’t sound so serious.

What if we end up not liking it?
We can move out after a year, or probably sooner if we want. The only real issue with that is that you lose all the fees you’ve spent in taking out the tenancy and you have all the hassle of moving again. It’s not dire though.

So really I shouldn’t get myself too over-wrought about it. I shall try to go and see this flat with an open mind and non-anxious eyes, and then I’ll write if we liked it tomorrow!

Transformers: Revenge of the Fallen IQ
Well that entire post was a waste of time…