I got a new phone on Monday, I’m quite pleased with it so far. I’d been thinking about getting a BlackBerry because I liked the idea of having wi-fi on it, but in the end I decided it was just too expensive.

So I’ve got a Sony Ericsson CyberShot C510 instead. It’s 3G, and I’ve never had a 3G phone before, so I’ve been dead impressed with all the internetty things it can do and how fast it does them.

It’s also got quite a good camera, as it is a CyberShot and that’s what they’re geared towards. This is the first picture I took on it: 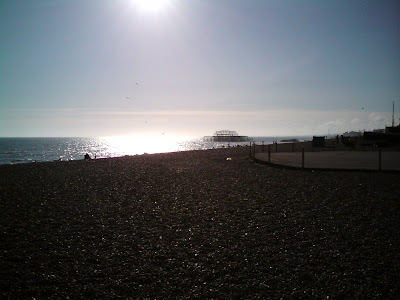 Quite good isn’t it? Good enough for me to use for random snapshots anyway. Apparently it has some sort of special integration with Blogger that I’ve not worked out yet, so who knows, this might open up a whole new world of photo blogging to me.

Until I figure out how that works though, I shall content myself with the Google Maps thing that triangulates my position and shows me where I am on a map. Which is useful I suppose if you ever don’t know where you are, such as during a kidnapping.

Parky gets his claws out
Devil’s Dyke